Case-based learning places students at the heart of real-life decision situations, wherein they grapple with uncertainty and move from particular case problems to general underlying principles such that decision criteria and viable solutions can be identified and developed.

In exploring a case-based pedagogy that could better frame the teaching and learning of international business, the Global Citizen utilizes Howard Gardner’s Five Minds for the Future – the synthesizing, disciplined, creating, respectful, and ethical minds. In brief, these five minds are prescribed as cognitive capabilities for students to effectively navigate and positively impact a world that is increasingly disrupted by digital devices and systems, overwhelmed by information, and disconnected by national differences. The five minds are employed as lenses for students to engage in the content taught as well as to cultivate deeper insights through linkages across disciplinary courses and between formal education and workplace contexts. Before starting, students are asked to become familiar with this introduction to the five minds by Howard Gardner.

Read the case scenario of why BMW Spartanburg/BMW Group is building a new manufactory in Mexico. In analyzing the scenario, assess thoroughly BMW’s decision to build a “greenfield” in San Luis Potosi in terms of opportunities and necessities. Additionally, considering yourself as a part of BMW leadership team in Mexico, recommend decisions through which specific actions should be taken to maximize particular opportunities and to manage particular uncertainties that BMW confronts in building a new facility in Mexico.

For those interested in doing the decision scenario utilizing Gardner’s Five Minds for the Future, apply the following instruction. 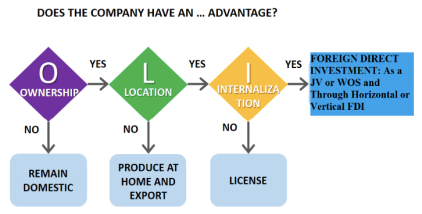 In analyzing the scenario, synthesize and articulate BMW’s decision to build a “greenfield” in San Luis Potosi through the OLI paradigm including ownership advantages, locational advantages, and internalization advantages. Additionally, considering yourself as a part of BMW leadership team in Mexico, recommend decisions and proposed actions that creatively, respectfully, and/or ethically address OLI factors that could re-strategize the business situation in the context of Donald Trump’s call for a new NAFTA.

The challenges of placing students in complex real-life decision scenarios include making a space for structured and protracted discussions. For students who are looking for the right answer(s) for BMW to be successful in Mexico, it should be emphasized that international business is not (yet) a science. Rather, management and problem-solving in international business are more of a process and a practice. Thus, students should reflect deeply on whether their criteria have a logical sequence (i.e., based on the OLI factors) and/or their decisions contain competing objectives, and consider how to be agile when their proposed action plans are subjected to major contingencies (e.g., current conditions and potential events) related to BMW’s second manufacturing plant in North America. To keep this case study ongoing and help students develop critical reflective practice or deeper case-based experience, faculty could deploy additional case studies of BMW in a different country (e.g., China and Brazil, Saudi Arabia) either within the course or on a written exam.

BMW’s new facility, which started its early production plans in June 2019, is located in San Luis Potosi, about 250 miles north of Mexico City. The San Luis Potosi plant is situated in a supplier park that is home to several auto plants from various makers. BMW’s first greenfield factory in Mexico will be building its best-selling car line, the BMW 3 Series, and is expected to meet a production capacity of up to 150,000 cars per year.

BMW of North America is investing around $1 billion which is expected to create 2,500 new jobs. The San Luis Potosi plant joins BMW Spartanburg (South Carolina) as the OEM (original equipment manufacturer) locations in North America. This twin vehicle production can serve not only regional markets but global ones, including its German homeland. Currently, the BMW Spartanburg facility is the leading U.S. automotive exporter by value. 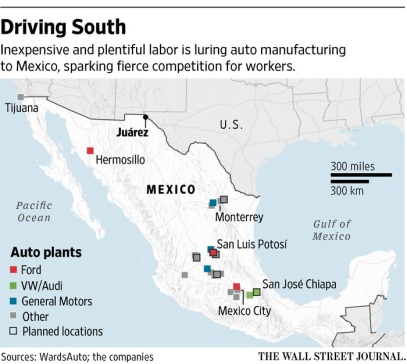 Like other leading European and American manufacturers in building factories in Mexico, BMW is taking advantage of skilled, inexpensive labor force along with a growing supplier network, free-trade pacts, and proximity to monitor first generation technology. The San Luis Potosi plant could export more than 70 percent of its vehicles, while the remaining could be sold in Mexico. While sales of the 3 series line — a sedan, wagon and the gran turismo — have slipped in recent years in a weak car market, demand of the 3 series is strong in emerging markets in Latin America and Asia. 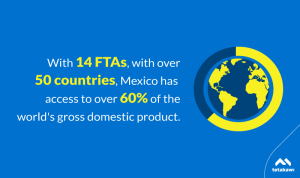 For Mexico, the wave of investment has turned the country into the world’s seventh-largest producer of cars — it passed Brazil last year — and the fourth-largest exporter after Germany, Japan and South Korea. Mexico has just eclipsed Japan to become the No. 2 supplier of vehicles to the U.S. market after Canada. For BMW, under the deal with Mexican government, the automaker will not be required to pay state and local taxes for 10 years, Mexican economic development officials said. Additionally, because Mexico has more free trade agreements than any other country, BMW can export to Europe and avoid a 10 percent duty that it pays on vehicles exported from its Spartanburg plant. For a $50,000 vehicle, that $5,000 is a much bigger factor than differences in labor costs.

According to Karl Friedrich Koch, vice-president of BMW Mexico, logistics was one of the major priorities factored into selecting San Luis Potosí as the location of BMW’s first Mexican plant. “We looked with regard to suppliers, we looked for outbound transportation, we looked for infrastructure – these were all criteria and quite a lot of them are linked to logistics,” he told Automotive Logistics. For example, if there is a rail issue that prevented parts coming in from the eastern or western part of Mexico, BMW can use trucks to get around the bottleneck. BMW is also exploring shipping options via ports on both the east and west coasts of Mexico.

Although Mexico’s car industry is the strongest one in the country and has accounted for a large portion of new jobs, the country is experiencing a down economy, drug violence, and political corruption. Even workers might become “losers” in Mexico’s car boom in which working 12-hour days (often including weekends) pays about $75 a week. As a result, union-led protests are beginning to emerge.

Asked whether Mexico’s longstanding problems with theft, vandalism and civil unrest put too much pressure on plant operation, Koch points out that BMW has emergency options available. Koch also acknowledged that security is an issue in Mexico in general, but said that BMW enjoys good cooperation with the local government in San Luis Potosí and links to the central government in Mexico City.

Overall, BMW is signaling that the new plant could play more important roles, including investment to construct an engine plant at the site since engines are currently imported outside of North America. Presently, the San Luis Potosi plant is implementing technologies and production processes that are already being put into practice in Spartanburg. For BMW, its employees will make the difference and are the biggest asset to the company, said Milagros Caina-Andree, board of management member for the company’s human resources. 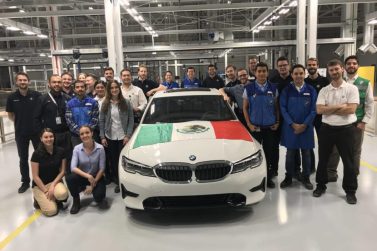 “At BMW Group, we’re convinced the complete training process … is one of the reasons for our success,” said Caina-Andree. At the San Luis Potosi plant, about a third of the work force is female, and two-thirds of the employees have previous experience with an automaker or supplier. The company said about 500 of the plant’s current 1,500 employees have received their training in Munich. The rest have been trained in BMW Spartanburg.

BMW of North America knows from experience that bringing together two different cultures will be an important preparation for the ramp up process. Thus, all Mexican employees have gotten insight into German culture, in the culture and heritage of BMW. Then, through defined processes, these competencies and cultures can come together, where further training of American and German staff in respecting local cultural requirements will be required.

‘Produce for the World’ in the Midst of the New NAFTA

One reason why BMW officials were bullish on San Luis Potosi is that it provides more flexibility in regards to decision-making on outsourcing certain activities in Mexico. Such flexibility is important because San Luis Potosi, to a degree, will need to abide by the free trade rules in the region, with the North American Free Trade Agreement (NAFTA) about to be superseded by a new regional deal. 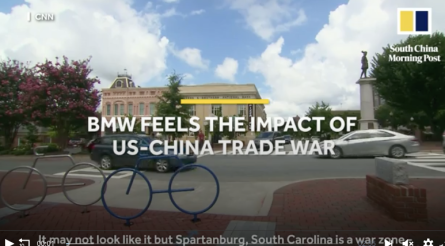 However, for the Trump Administration, its call for a new NAFTA is to stop the shift of car production to Mexico by automakers in the US. To some degree, President Trump’s threats on Ford Motor and Toyota deterred both from building a new plant in Mexico in 2017. Similarly, Trump singled out BMW, warning that he would impose a border tax of 35% on foreign-built cars if the German automaker proceeded with its plant in San Luis Potosi. BMW’s CEO Harald Krueger tried to win over the Trump administration with a 2017 visit to Spartanburg. Krueger tried to reassure the administration that the new plant in Mexico is part of a global set and normal business, but also that the company’s commitment to the U.S. is strong, and there will be no movement or competition for the Spartanburg plant.

In part, as President Trump’s trade war with China cost BMW Spartanburg somewhere in the “3-digit million area” in 2018, BMW officials pressed ahead with the San Luis Potosi plant. 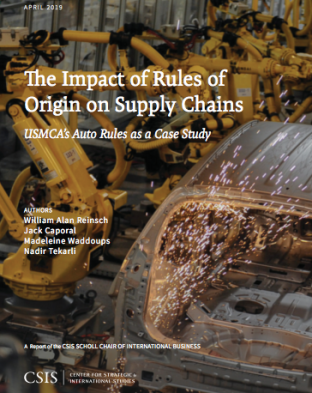 In the meantime, everyone is waiting for Congressional approval of the reworked NAFTA, called United States-Mexico-Canada (USMCA). Under the USMCA, the mandatory amount of auto content that is made in the NAFTA region will increase from 62.5 percent to 75 percent. It also stipulates 40 to 45 percent of a vehicle’s value be made in areas paying at least $16 an hour, such as the United States or Canada, which could potentially stem the southward drift of industrial capacity to Mexico.

According to Kristin Dziczek, vice president at the Center for Automotive Research, USMCA’s new rules could inflict financial pain on BMW and its newest plant. For BMW, although the new rules make it less easy to import into the value chain from the rest of the world and would drive up the cost of their cars, USMCA will provide continuity and certainty as their company’s production is so integrated across the region. In fact, Oliver Zipse, BMW’s global production chief affirms, it’s very normal that we have trade restrictions.

“The answer is to go worldwide. We have locations in more than 32 countries to be close to the customer. In a restricted world, it’s better to be inside the country than outside,” Zipse stated. Without explicitly commenting on how USMCA might affect its first plant in Mexico, the company sees potential for its San Luis Potosi plant to export BMW cars to Europe and Asia duty free.

View all posts by theglobalcitizenbiz

"Picture in your mind the thousands of graduates we send forth...[how many] do so with both professional competence and having a depth of experience with reality that transforms them at their deepest core? What more do we need to do to ensure we are not simply populating the world with bright and skilled superficialities?" --Adolfo Nicolas 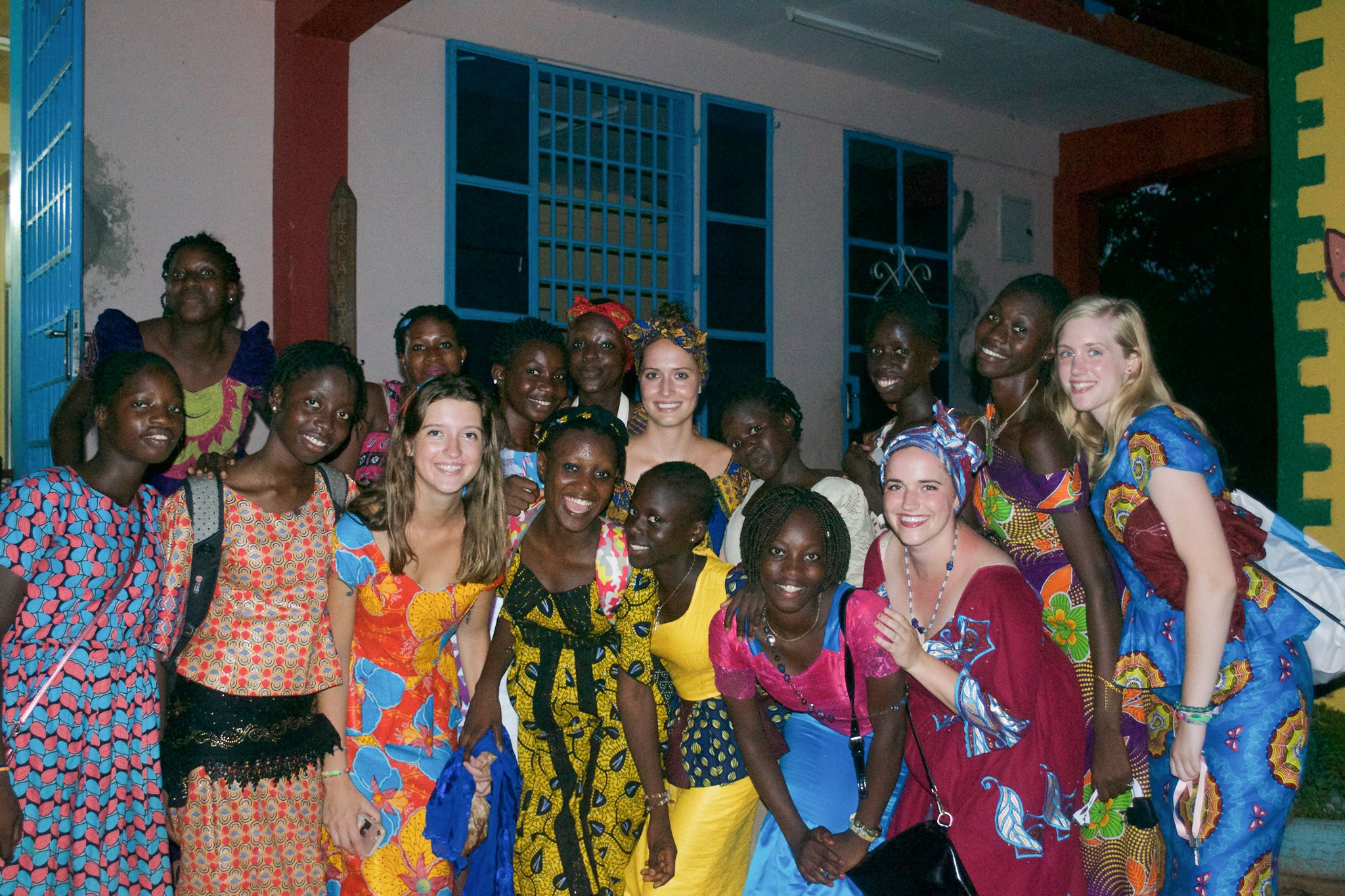 If you would like your post to be included in a future “The Global Citizen’s Roundup,” please email the Editor, Shawn Vecellio. Your email must include: the news item, the title of and a link to the online story or press release. It is the discretion of the editor(s) to decide whether and/or when to post contributions.